The Intracoastal Waterway is a great way to legally take a peek into the living rooms of multi-million dollar homes in Fort Lauderdale.  Of course, most of the inhabitants are so wealthy they are out-of-town staying at one of their other multi-million dollar homes. To tour the Intracoastal Waterway, the first thing you need is a boat.  In our case, a boat that would  hold at least 9 people.

Option 1 was to rent a fully stocked yacht for $875 per hour.

That option was quickly discarded.

Option 2 was more in our price range:  Only $28 per person, $23 for age 65+,  $14 for kids, and free for kids that could pass for under 5.  For only $172, our party of 9 received All Day Unlimited Passes for an entertaining, unlimited on-and-off privileges, round-trip cruise of the Intracoastal Waterway on the fleet of Fort Lauderdale Water Taxis.

In addition to a relaxing, entertaining cruise complete with narrated history, educational facts, and gossip, we could also get off and tour different locales on foot.

This tour will make you appreciate the cost of living in Missouri.

Homes and lots on the Intracoastal Waterway come at a premium.  Per our guide, one guy bought a home for $25 mil.  He then bought the house next door, apparently a fixer-upper, for $7 mil,  He then had it demolished so his dogs would have a place to play.

Our grandkids were fascinated looking at the large iguanas sunning themselves on the sea walls along the waterway.  As we exited our taxi to visit the Galleria Mall, the guide on the taxi told us confidentially that the Iguanas love to eat the flower buds on the surrounding bushes.

As we were waiting to reboard the taxi after boosting the net sales of the Galleria Mall, my son tossed a flower bud in the direction of a large iguana eyeing us from a seawall.  Like a flash, the formerly lounging iguana devoured the bud.  At first, one lady thought we had thrown a plastic straw to the iguana. Before a fight broke out, we educated her on the culinary preferences of the large lizards, whereupon she also began throwing flower buds to the lounging lizards.

After working up an appetite feeding flower buds to iguanas, we walked 2 blocks to the Bubba Gump Shrimp Co.

A great place to eat inspired by one of my favorite movies of all time.

Then it was back to Boca Raton for a twilight walk by the sea.

As my ten-year old grandson likes to say, “Well, this has certainly been quite a day!” 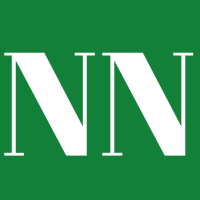 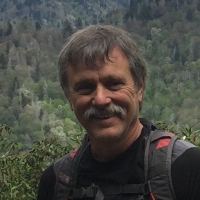